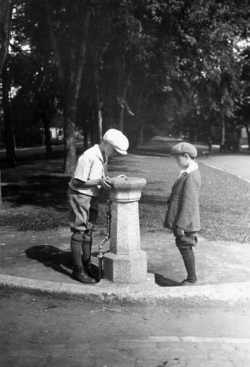 Adding fluoride to drinking water has been a public health measure for about the last 65 years. Fluoride is a mineral that helps to strengthen tooth enamel and prevent cavities. Health and dental organizations worldwide endorse the safety and effectiveness of water fluoridation. Everyone can benefit from water fluoridation.

Keeping your teeth free from cavities and your gums free from disease are part of good oral health. Poor oral health can contribute to diabetes, heart disease and respiratory conditions. People are vulnerable to tooth decay at all ages, but the problem is most severe in children. In fact, dental disease is the number one chronic disease among children and adolescents in North America. Fluoridation is therefore an important public health measure.

In the early 1930s, researchers began to notice that people who drank water that was naturally high in fluoride had very few cavities. In 1945, Brantford, Ontario became the first Canadian community to test water fluoridation, thereby achieving a 54% reduction in decay experienced by 8-year-olds. While the introduction of fluoridated toothpaste (and other fluoride sources) now complicate effectiveness estimates, recent reviews suggest that water fluoridation reduces decay rates by perhaps 20% overall. Today, about 45% of the Canadian population have access to fluoridated water. 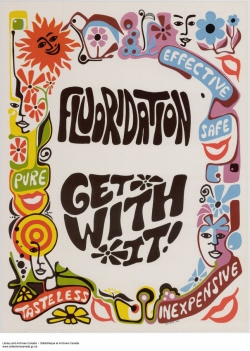 The decision to add fluoride to drinking water is made by each municipality, in collaboration with its provincial or territorial government. Health Canada has determined the maximum acceptable concentration of fluoride in drinking water based on balancing the benefits of oral health benefits with the risks of developing dental fluorosis. Fluorosis can be caused by taking in too much fluoride when teeth are being formed (under the age of 6). At its mildest fluorosis can affect the look of a tooth, but not its function.

Efforts to introduce water fluoridation often meet considerable opposition, particularly in some provinces and territories (see chart below). Some people feel that fluoridation infringes on their rights, even though it benefits the common good. In Quebec, for instance, less than 7% of the population has access to fluoridated water. A study of the oral health of children between 1990 and 1999 found that kindergarten children in Quebec had 40% more cavities than children in Ontario and the United States, and that tooth decay affects 56% of Quebec children in Grade 2.

The fluoridation of drinking water is considered to be one of the great public health achievements. However, it is obvious that public health still needs to "fight the good fight" so that more Canadians have access to it for better oral health.