Hot fun in the summer sun? 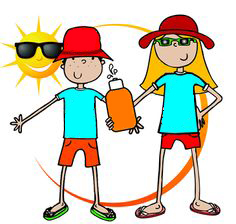 Winter is ending and Canadians are coming out of hibernation, ready to play in the sun. While there is nothing wrong with soaking in some sunshine, there are risks,1 including:

These effects are linked to UV radiation from either direct sunlight or exposure to indoor tanning beds.2 UV light can alter the DNA in pigment-producing cells, causing them to multiply and grow out of control. If left untreated it can spread to other parts of the body via the blood stream or lymphatic system.3

Melanoma, the most serious of the skin cancers, can appear anywhere on the body and in many different forms. Melanoma skin cancers start as a change in normal-looking skin (e.g., dark area or an abnormal new mole) and most commonly appear on the back in men and on the legs in women.4 It is important to discuss any unusual signs and symptoms with a doctor. For more information, please visit the Canadian Cancer Society or Canadian Dermatology Association websites.

In 2015, there was an estimated 78,300† people diagnosed with non-melanoma skin cancer.5 Of even greater concern, 6,800 people (3,700 men and 3,100 women) were diagnosed with melanoma skin cancer, and incidence rates for melanoma were found to have increased 2.3% and 2.9% per year in men and women respectively between 2001 and 2010.5 Melanoma also accounted for the fourth highest number of new cancer cases in two age groups: 15-29 years (8%) and 30-49 years (6%).5 As such, it is one of the fastest rising of all cancers in Canada, along with liver and thyroid cancers.2,3,5 Luckily, melanoma is one of the most treatable of all cancers if diagnosed and treated early, with a survival rate of 89% within the first five years. This is the fourth highest survival rate among all cancers, after thyroid, testicular and prostate.5

Cimate change will also add complexity to this issue as it is expected to have significant influence on human health, including skin cancers.8 The atmospheric ozone layer is responsible for absorbing UV rays from the sun, but ozone depletion, caused by greenhouse gas emissions, has led to increases in the duration (warmer weather leads to more outdoor activities) and intensity of UV radiation exposure.8 This, in turn, is causing the northern regions (especially the Arctic) to warm more quickly than the south,9 so that individuals living in Canada may experience an increasingly higher risk of melanoma.

Luckily, skin cancers are one of the most preventable cancers, with such simple prevention means as:2

Our colleagues in Australia (home of some of the highest rates of skin cancer) have it down to the five S’s: slip, slop, slap, seek and slide.10 A campaign video featuring Sid the Seagull reminds people of the five things they can do to prevent skin cancer. This campaign, combined with the SunSmart program, has been one of the most successful health campaigns in Australia and is credited with preventing more than 103,000 skin cancers in Victoria between 1988 and 2003.11 It is also cost effective, with a net saving of $2.30 (AUD) for every dollar spent on the program.11 Its success is attributed to the integration of research and evaluation into the program, and ensuring program consistency and continuity.12

* Non-melanoma skin cancers include neoplasms, epithelial neoplasms, and basal and squamous cell cancers.
† Most provincial and territorial cancer registries do not collect incidence data on non-melanoma skin cancer.  These Canada-wide estimates are based on data from four provinces only and are shown in select tables.
‡ The probability of dying from cancer represents the proportion of Canadians who die of cancer in a cohort based on age- and sex-specific cancer mortality rates for Canada in 2010 and on life tables based on 2008–2010 all-cause mortality rates.